We Can't Wait to Show You Around

Not from around here? You’re going to love St. Louis.

Amazing outdoor spaces, one-of-a-kind museums, world-class theater experiences, and a wealth of internship and job opportunities means this city doesn’t just have "something for everyone" — it has something for you. SLU LAW's location in downtown St. Louis is the perfect home base for exploring all the city has to offer.

Where Exactly is Saint Louis? 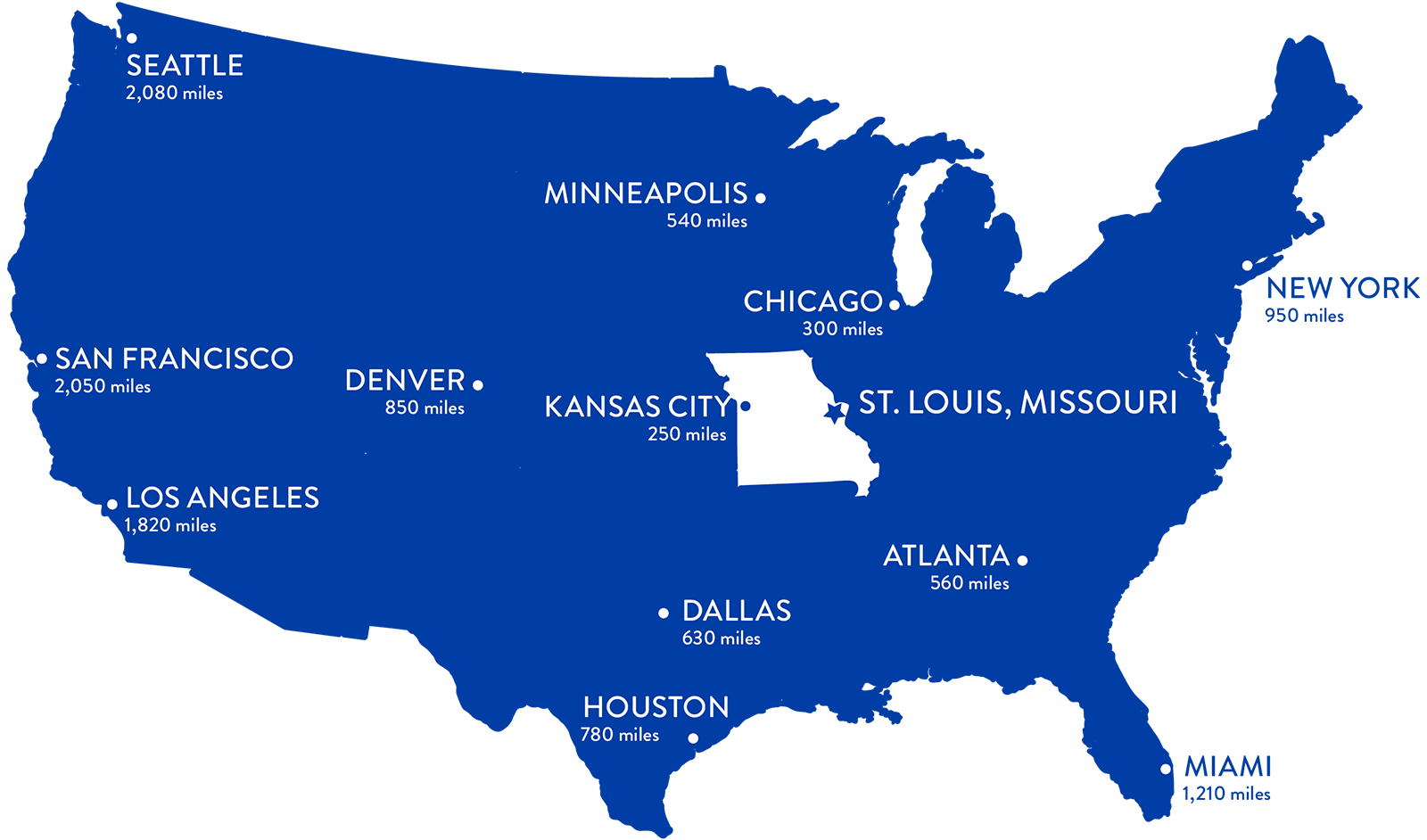 St. Louis, Missouri, is located in the Midwestern United States near the Missouri-Illinois border. Founded on the banks of the Mississippi River, St. Louis is home to the iconic Gateway Arch, eight Fortune 500 companies, thriving sports, cultural and food scenes, and much more.

Easily accessible by air, car and train, St. Louis is one of the largest cities in the Midwest. And with its rich history and more free attractions than any place in the U.S. outside of Washington, D.C., this city offers an affordable and exciting urban experience for young professionals.

When SLU LAW was founded in 1843, it became the first law school west of the Mississippi River! 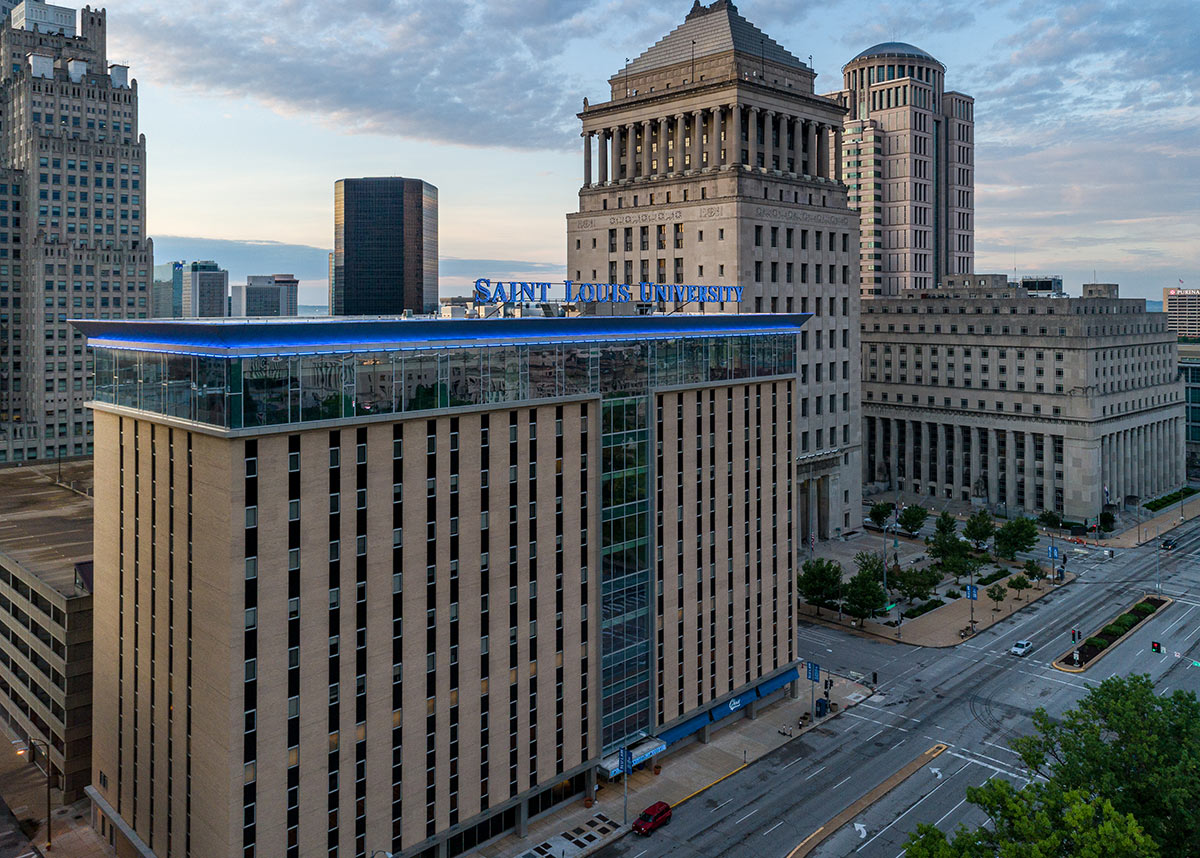 When SLU LAW was founded in 1843, it became the first law school west of the Mississippi River!

With 29 student organizations based on everything from legal areas of interest to shared ethnic backgrounds, you are sure to find a community of people with whom you can navigate law school and explore the city.

At SLU LAW, you’ll have unique opportunities to get involved in the St. Louis community. Area businesses — from Fortune 500 companies to startups — along with law firms, nonprofits and world-class hospitals offer outstanding options for internships and other hands-on learning.

More than 52,000 SLU alumni live in the St. Louis area, giving you a network of Billikens to connect with before and after graduation.

St. Louis is a center for innovation and high-tech jobs, from health care and bioscience to life science and geospatial, making it the ideal place to launch a legal career in those fields and many more.

Get to know STL

St. Louis makes it easy to escape the hustle and bustle of urban life with a plethora of parks and nature experiences nearby. The Missouri Botanical Garden, pictured here, is the second largest herbarium in the U.S. and one of the largest in the world.

In the Center of It All

Did you know that Saint Louis University School of Law puts you at the heart of downtown St. Louis, next door to the region's most exciting sports, entertainment and business districts? This gives you easy access to the top cultural attractions, innovative startups and law firms in the area.

Whatever You’re Into, you’ll find it here

St. Louis is a lot of things: historic, diverse, growing, one of the best sports cities in the United States and home to an ever-changing food scene that's earned the city a reputation as "one of the country's most exciting food cities" (Zagat).

When you visit campus, ask someone about toasted ravioli, Imo’s Pizza, gooey butter cake and Ted Drewes Frozen Custard. Locals — including SLU LAW students — love to introduce visitors to these St. Louis favorites. You just may discover your next food obsession.

St. Louis has ranked No. 1 for the past three years in USA Today's 10Best Readers' Choice Award for "Best Beer Scene." The city is home to the historic Anheuser-Busch InBev — the largest brewer in the world, and a must for any newcomer to tour — but we have dozens of other craft breweries and pubs that are well worth exploring. Check out Schlafly, Urban Chestnut, 4 Hands, Rockwell Beer Co., Civil Life, Earthbound Beer and more.

Beer not your thing? Not to worry! We have plenty of nearby distilleries, wineries and wine bars, too, as well as Fitz's famous root beer!

SLU LAW students say these are their favorite areas of the city to explore:

Home to the law school, as well as the Gateway Arch and the city’s home teams — the St. Louis Cardinals and the St. Louis Blues — plus lots of restaurants and the one-of-a-kind City Museum.

Home to SLU's main campus and the city’s esteemed arts district, rich with theatre and music.

Nationally known for Italian cuisine, this neighborhood is your spot for pasta, gelato and cannoli — and local-favorite toasted ravioli.

The CWE is a mix of sidewalk cafes, restaurants, galleries, startups, apartments and homes.

Named one of the “10 Great Streets in America,” the Delmar Loop is a thriving core of nightlife, with unique shops, music venues and restaurants.

Home to the oldest public farmers market in the U.S. west of the Mississippi River, as well as bars, shops, the Anheuser-Busch brewery and the third-largest Mardi Gras celebration in the world.

Outside the city limits, there’s a wealth of parks and hiking trails, plus wineries, a sculpture park, animal reserve, amusement park and even a ski resort. 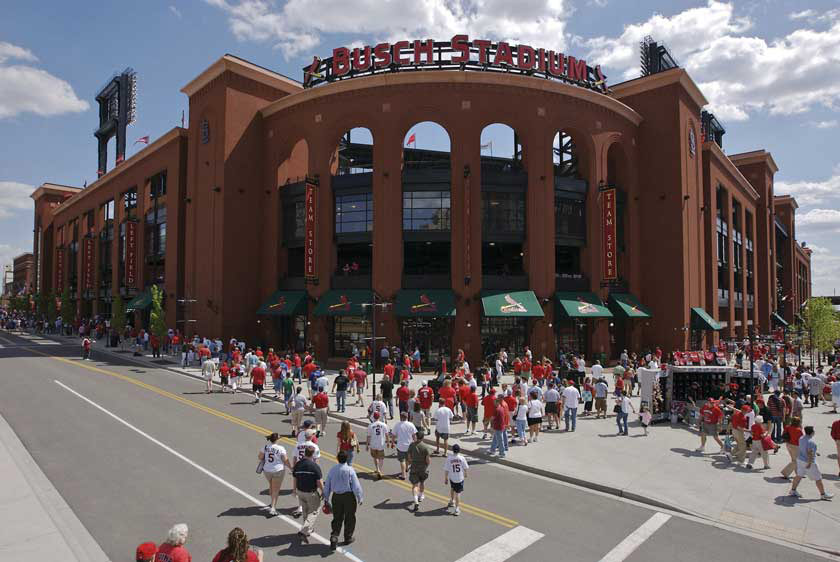 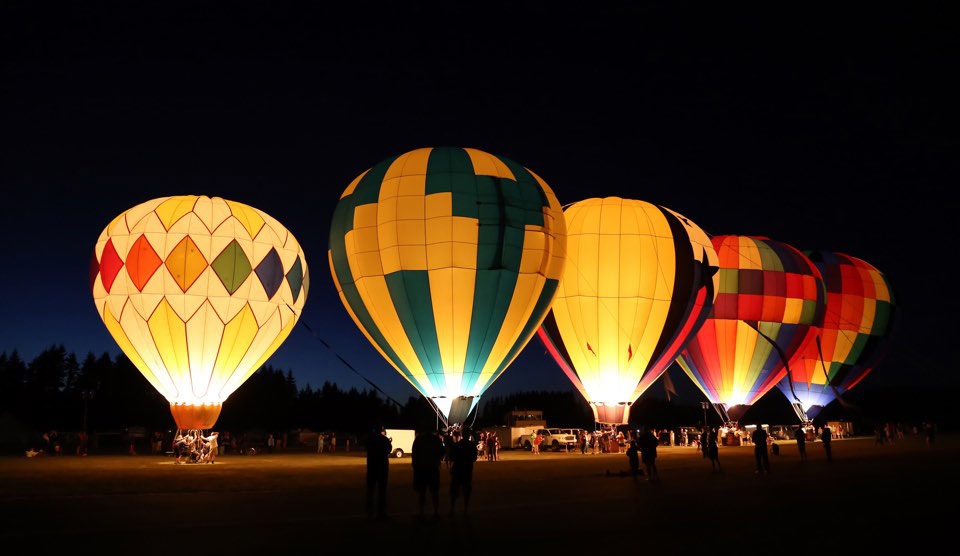 Check Out Some of the Places that Make St. Louis Great

From the City Museum to the new St. Louis Wheel, Aquarium, Soda Fountain and Mini Golf at Union Station; from Ballpark Village to the delicious restaurants of Washington Avenue — there are so many places to explore within walking distance as a law student! 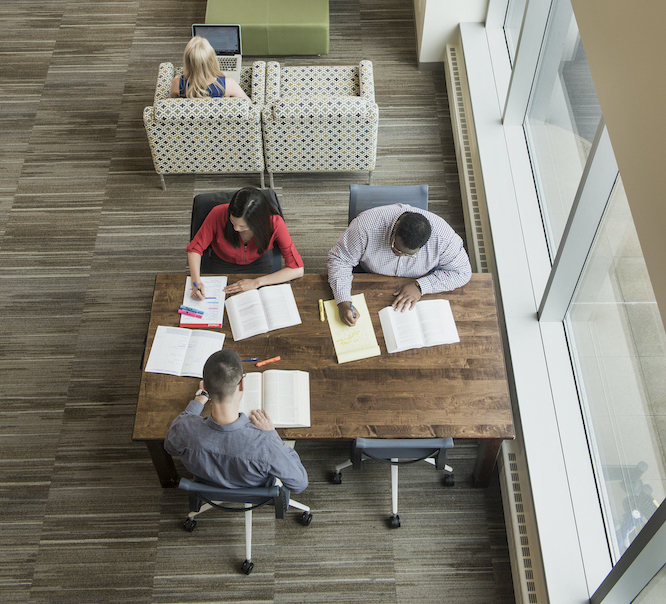 We offer a J.D. program that can be completed as a full-time or part-time student, as well as 10 dual-degree options. 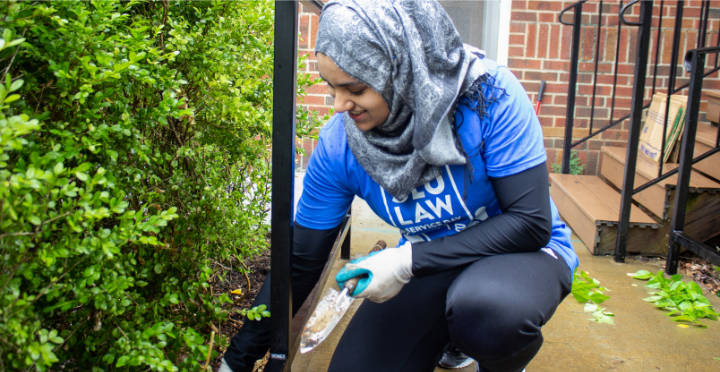 With public service opportunities and a variety of student organizations, there are plenty of ways to get involved at SLU LAW and in the legal community. 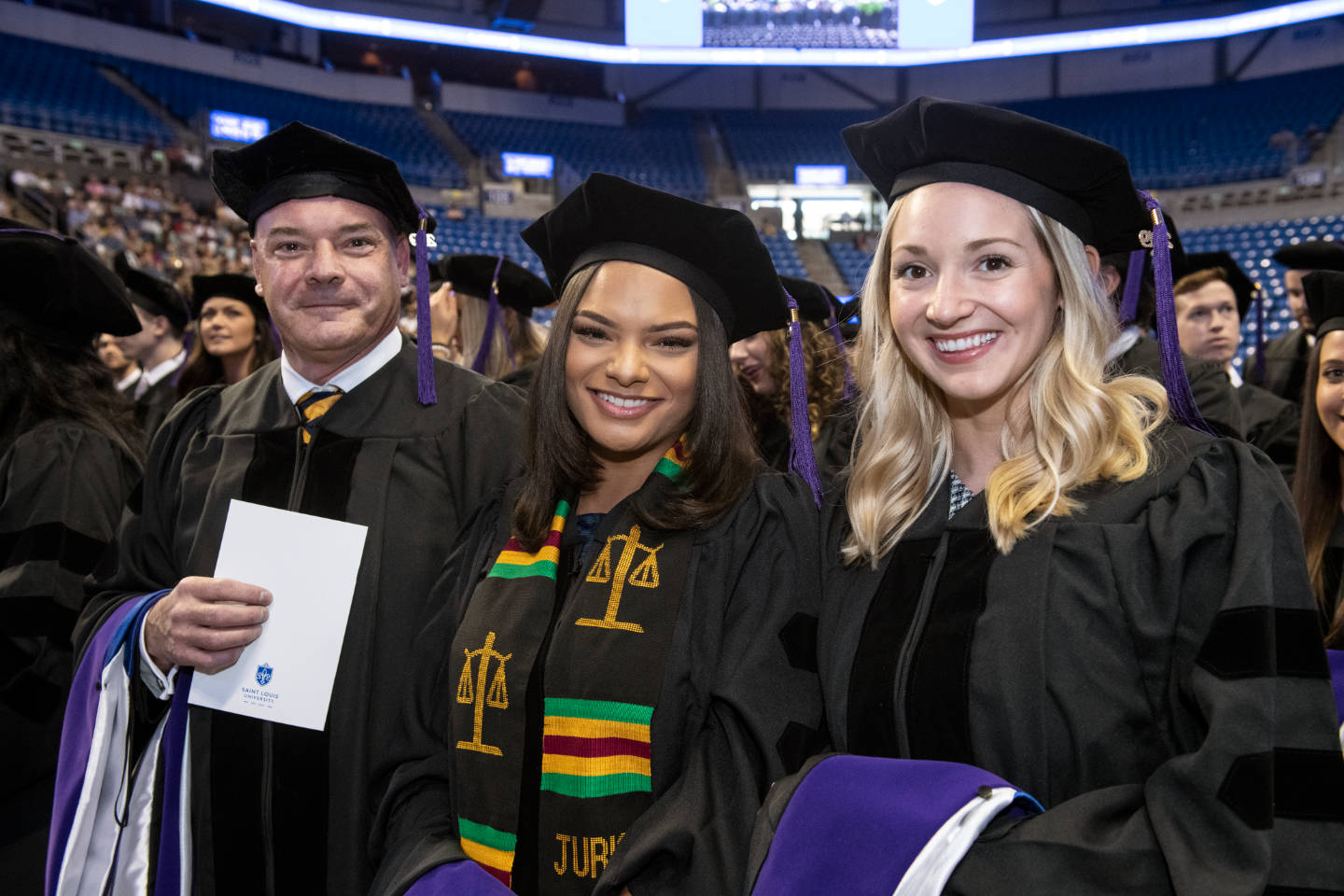 Across the nation, SLU LAW alumni work at small, medium and large firms; excel as CEOs, in-house counsel and environmental consultants; and serve in national, state and local government organizations.

Connect with us on social media